Geeeeeeee I wonder if there's any connection between feelings toward actions that directly challenge classism and the income/net-worth of "leftists"...

Y'see what really gets me about that is that

1) I am, among the people I hang out with irl, one of the most well-off! Just because I can ask y'all online for money and usually get enough, rather than need to ask folk on the street.

2) I'm also not nearly the worst-off among folk I know in the Fediverse!

It's just buck-wild to me that there are folk here like, living in places with heated floors and 6-foot wide televisions, and going around criticizing other folks' stance on property ownership without disclosing that!

Folk are real quick to point out I "have a lot to gain from #landback," which isn't even... true... but won't think to point out how much they have to lose. 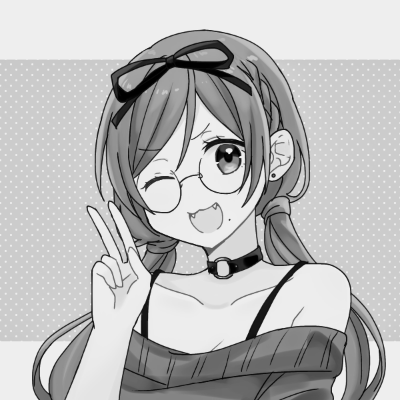 cheeky comment but I'm mostly just proud of this photo

cheeky comment but I'm mostly just proud of this photo

@Scout I wonder how long it's been since those cracks were examined to see if they hit the rebar inside. <3

@emsenn A white, karen-haircut lady came up to me asking if I heard the gunshots from the other night and if I knew what gangs were "putting up all that spraypaint gang stuff" under the overpass and I really had to bite my tongue from laughing bcuz I'm partially responsible for all that "Gang stuff"

@Scout I wish we could talk more about this shit here cause fuck I want it to feel more normal than what these people think is normal.

@emsenn There are currently, 3 tags, a yin yang, a "George Floyd" and an "End Police Brutality" written under this overpass. Thats all the graffitti that's there right now

@emsenn OH wait I forgot there's another one that says "HOPE"

@Scout i dare you to just write "gang stuff"

@emsenn If this is the one I get busted for I'm coming for you when I'm out :P

@Scout that's a bummer! here it's mostly folk who will take your picture and email them to the cops than actual cops, but still a hassle either way :(

@emsenn Yeah ever since the protests started after GF was killed the cop presence in the conservative ass county I live in has like tripled. They tried to follow me home on my bike from a blm protest last weekend

This mastodon instance is dedicated to the survival of indigenous languages, plant knowledge, art, and culture outside white supremacist-controlled networks and media promoted on Facebook and Twitter.
Decolonize food. Decolonize medicine. Decolonize housing. Decolonize from corrupt white supremacist networks. Decolonize the US from its oligarchal form of government! European statues, place names, words, languages, and accounting systems DO NOT BELONG on Turtle Island, and are killing the whole planet. "Traditional Ecological Knowledge" (TEK) is the only thing that can help humans as colonial systems continue to sink deeper into broken, inequitable, and faulty systems that value money over Earth's many forms of life. #LivingWalls, not border walls. . Read more... .