So it's been a while coming but I'm finally losing my housing, soon. (Folk who've followed me for a while are familiar with my unusual work/housing situation, but it's... well, unusual.)

Looking for a new place for me, my partner, and our cat. Lots of mechanisms for securing housing aren't available for us, so if anyone knows of a person around the Triangle, in North Carolina, that'll work with us, please let me know.

@emsenn fuck, im so sorry. i wish you the best and all the luck in the world

@jude_ I mean not to be too... blunt about it, but this what will happen to anyone who takes concrete action to emancipate people from the state, as long as so many people collaborate with that same institution.

It's gussied up in other reasons, but I'm being pushed into homelessness because I provided free housing and food to ther people.

So as keen as I am for folk to help me meet the immediate need of shelter, I really want folk to sit with this as a consequence of their ongoing Collaboration.

@emsenn how far is that from Durham?

@SwooshyCueb It isn't! Durham is within the Triangle.

@emsenn I'm moving to Durham over the next couple of days. Lemme talk it over with my boyfriend tonight, might have a sofa you can crash on for a bit

@SwooshyCueb Oh I'd appreciate that but it isn't /that/ urgent: I probably have until new year's day, but I'm not sure on that so trying to get housing lined up now.

All that said, super-excited to have you in the area! I've met a few really awesome people who live around the area. 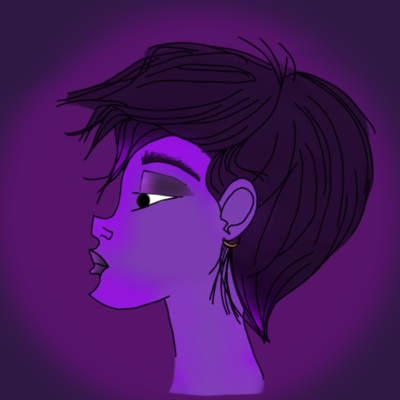 @emsenn Shit. You did so much good for your local community I can't believe they are actually going through with this. ...

@RadioAngel That kind of work is /why/ they're kicking me out: they want the property values to go up and that means gentrification, not providing for people without money.

And for what it's worth, the person who enabled the grocery store waste redirection in the first place? Is also being displaced over the next couple months, also so the landlord can gentrify. As are the people who help with the weekly meal distribution.

This is just... what will continue to happen as long as the society-that-is is enabled. I know a lot of folk with no dependents, high incomes, and a lot of sympathy for me.

I wish they'd refuse to do their jobs and pay their bills, out of that sympathy, rather than rely on a system that has incorporated gentrification as 10-25% of its profit-generation system. (Average holding of an investment account in real estate)

As long as folk hold savings accounts, mortgages, leases, deeds, they're causing this. There are a lot of people who hold those things because they're part of a community that survives through those things. We've all got to get what we need, I'm not really concerned with them.

But the folk like, single, white collar, employers match a 401k...

...me being displaced, and all the people that'll go hungry and shelterless because of it? it's like directly their fault. There'd be no reason to displace me if not for profit, and there'd be no reason for that profit if there weren't a whole bunch of folk materially dependent on it.

@RadioAngel btw thank you for letting me say all the above toward you; I hope you know I have a lot of respect for how you're living your life and it isn't directed at you.

It /is/ practice for saying this sort of shit to like, town government folk who have like, been recommending my free market as covid aid all year. Be grateful, be sympathetic, and act like it!

@emsenn No problem! I totally didn't take it that way. :)

@RadioAngel :D it makes me happy to hear that since it shows a good confidence in yourself that you should definitely have :D

Ecosteader is a community dedicated to survival of indigenous languages, artists, native plants, water protectors, land defenders. Decolonize food. Decolonize medicine. Decolonize housing. Decolonize the ¨USA¨ from European settlements, monuments, statues, and accounting systems that DO NOT BELONG on Turtle Island. Decolonize the delusions of the white man and his fascistbook.