So Drew DeVault, in a recent post about people changing their primary git branch from "master" to "main," says, "I have still never seen even one first-hand take from a PoC, but I've seen enough second-hand accounts to at least reduce confidence in my position."

I just want to point out that I (conditionally a person of color, at the least, not-white) and other people of color have blocked Drew Devault, for a variety of reasons.

I blocked him because he reply-guyed me to say my unarmed relatives deserved to be shot at Wounded Knee because they weren't complying with the military's orders.

That he lumps himself in with "the left" in a preceding post should give other white leftists pause about those they allow to claim affiliation. His presence in a community, even through having his writing discussed within that community, makes it feel unsafe for me: here is someone who thinks it is okay to kill people like me if we don't listen to people like him. Once again, it is the establishment of "assimilate or be exterminated" as the acceptable standard of cultural exchange between whites and others, and it is only y'all white folk who can stop it.

Said it once, said it ten thousand times. decenter your whiteness.

I've been largely un-engaged from the Fediverse these past few weeks, but this was brought to my attention so I thought I'd come here to share what I know.

Looking around while I am here, I am stunned by the "return to normal" demonstrated in the discussions I can see, from people in the US and around the world. The tone of celebration around the re-enameling of the kyriarchy with neoliberalism is disgusting.

The past years have been a demonstration of the inability of huge chunks of the population to be aware of their own cultural identity and its role on themselves. I don't mean Trump supporters, I mean everyone else who went along with it, showing up for these past few days instead of declaring a general strike before Trump's inauguration.

Y'all have a lot of work to do, and you think you need privilege to do it. That's wrong, but hey: you got the privilege back, anyway.

You had better fucking use it. If anyone deserves to celebrate and relax, it's those that keep up the fight even when they don't have privilege to back them up. What are you doing to support them?

I swear I literally wanna shake nearly every poster who I can see through the federated timeline. Y'all are just blathering on about user interfaces and congressional seats. Plants which can only bloom once per year are in bloom around me because of atypical weather, and I can't find anyone to talk about that on the whole fucking Web because it's not within the values y'all care about, even though it might mean massive die-offs in the bird population next spring, and we could be taking action en masse to mitigate it, without centralized control, just but culturally prioritizing these things as concerns.

To put this another way:

It's great y'all switched off Github because they, a corporate entity, collaborate with ICE, but Sourcehut is run by a single individual who says, basically, folk should collaborate and comply, or else they're fair game for acts of violence.

That doesn't really seem better to me. In fact, it seems a lot worse: every person at github might HATE their association with ICE, but cannot choose otherwise because of the rules of the organization, what with shareholders and all. But Drew expressed an explicit fondness for that sort of bootlicking.

I honestly shouldn't have to take the time to spell it out like this for folk. Cut out racists and bootlickers from your tech stack, and if you can't replace them without using other racists and bootlickers, then guess what: you just don't get to use a computer that way for now. Go support people of color attempting to enable that use and wait.

Nothing you're gonna share on this colonial-ass construction called the Web is so important as all that, as to warrant conceding things like "shooting unarmed children is good sometimes," just to share your source code through a specific user interface.

And to head off Drew's "if you're complaining about 'master' branch you'd better be doing real work," I took a break from packing up free grocery boxes for folk to come chastise y'all and now I'm turning my computer off to go lug a few hundred pounds of food a few miles around with a handtruck, even though I've got a mobility disability. If Drew wants to respond to /this/, he can 1) apologise for his comments about Wounded Knee, or apologise for having possibly made those comments, if he did, if he does not remember, 2) show me a receipt for a substantial donation to illuminatives, as way of paying me for taking the time to share this post, read whatever he replies, and reply in kind.

Again, this is absolutely ridiculous that I have to say this stuff.

Also, y'all should recognize "it might disrupt parts of society" is like... the oldest argument in the book against cultural change, as far as I know; The people of Uruk were pretty resistent to Gilgamesh's frienship with Enkidu, as I recall, cause his presence in the city was a nuisance.

If you can't handle some automated computer updates falling back to human operator in a few cases, how the /fuck/ are you going to change your culture from one of fatalistic resource extraction?

This thread needed locked; a single user instance does not get to hijack. 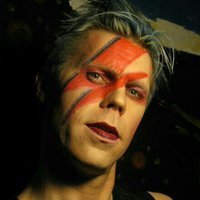 @indie @emsenn good riddance, sneak isn't someone you want on your network in any case.

@indie Apologies if this is saying I shouldn't have engaged. Sneak's comments were close to a conversation I'd had with a local person, so from my perspective I was practicing my rhetoric. Apologies for any harm caused.

@emsenn Nah, folks are welcome to try to explain their logic, glad you were encouraging him to clarify what he meant. There is a definite difference between engaging in a discussion and trying to hijack and make it about something else. Clearly, he was doing the latter.

We are a tiny organization defending against the exploitation, hatred and greed of colonial empires and the monopolistic social media platforms they rely upon: Fascistbook and Twoetter.