Arecibo's antenna have fallen into the dish.

Active in-system radioastronomy is now not a capability humans have.

I'm really surprised this hasn't been like, a very important event for more of the technophiles I associate with.

katt, by her own design   @starkatt@vulpine.club

@starkatt oh i bet you are! you and @jak are probably the two people i know who like actually grok how sad it is.

katt, by her own design   @starkatt@vulpine.club

@emsenn Anyway Interstellar isn't a very good movie, but there's one line from it I think about all the time.

Character is like "back in the day, used to be we had the technology to look inside people, something called an MRI. Don't have that anymore, so she died."

It's not explicit but it's implied that the world is gradually falling apart due to topsoil collapse or something similar.

I worry it's not far from our actual future.

(of course, the film's "solution" is uhhh giant habs orbiting jupiter or some shit.)

@starkatt "Back when I was a kid, you could use soil to grow plants without innoculating it with DuPont GroWell!"

@emsenn @starkatt @jak the internal screaming had a full moment of deep silence for the loss, if that's any indication.

This was a tipping point for...something huge, and the repurcussions of the mindset that created the conditions for destruction, rather than generational caretaking of a tool from a hopeful period in outward-facing exploration...

...it's another something on the pile of infrastructure that could have been a carefully cultivated legacy, but was destroyed by mismanagement.

And, we will rebuild.

@emsenn The USA's capability to build PWR or BWR nuclear reactors is one I've been pointing to for a decade.

Once we stopped building them in the late 70's, the construction workers and construction project managers never had the chance to pass on their learned knowledge.

By the time I went to nuke school a decade ago, we were told in no uncertain terms that the reactor cores we were capable of modeling, engineering, and designing could probably not be realistically built in the USA. 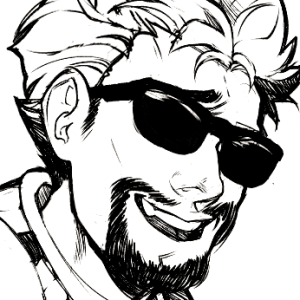 Hypolite Petovan   @hypolite@friendica.mrpetovan.com
@emsenn When I was a teenager I used to believe that science and technology were inexorable ratchets like in video games. Not anymore that I've learned how much bad science we are producing and how much effort it takes to sift through it when not directly taught.
1
Dec 03, 2020, 01:27

@hypolite I am blown away at the poetry of "inexorable ratchets"

Never heard it phrased quite like that but fuck, "ratchet" captures so much of the... emotionalism and energy behind the belief (which I also once held).

@emsenn It's brought up a whole lost life for me, and I just don't have time to process of until I get these end-of-semester projects done.

I was a physicist in undergrad, and had the opportunity to apply to do pulsar research there with a visiting professor at my school. I didn't.

p.s. i hope you're doing well! i look at the note you included with your gift of masks most every day

@emsenn I hope they were helpful! I might make more over the holiday break, or I might just make collage cards. Either way, I'll send you something!

@bouncinglime Don't! I'm likely going to be moving soon and I don't know where. But thank you.

@emsenn not to downplay what is a major astronomy disaster, but isn't the Chinese FAST telescope even bigger and more effective than Arecibo was?

@technomancy as i understand it, that can only do passive radioastronomy: it can listen to radio waves coming in.

Arecibo could send out radio waves and listen to the echos.

@emsenn didn't realize that distinction; thanks for the clarification.

my brother was doing relief work in Puerto Rico a couple years ago and got to visit the telescope; I really wanted to go visit him there and see it with him but the timing never worked out. now I won't get the chance.

@technomancy No problem! I'm not /entirely/ sure what implications that has on our capabilities, I just know it was a different capability. I believe - but am a layperson - that it was used to track asteroids that might come near Earth or otherwise warrant observation - I believe it's also how we tracked that comet we landed/crashed on recently.

@technomancy The comet we crash-landed a probe into, not one of the ones we, as a planet, have problably crashed into, lol.

'(E . `(Max ,O'Mancer))   @emacsomancer@fsmi.social
@emsenn Though I believe that bit broke at Arecibo after the last earthquake - so I think we've been lacking that capacity for a little while.

@emacsomancer Huh - looking around it would appear you're right, they never fixed it after the January series of quakes! @technomancy