How about a break from all of the climate-related fire and storm disaster news for a nice prose-infusion on a #SolarPunk based community infrastructure? 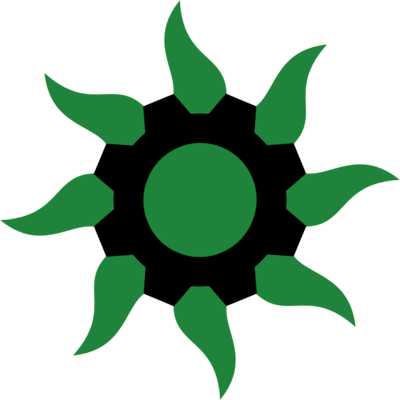 Distributed and decentralized #energy is the path to infrastructure #resilience amid escalating climate uncertainty.
Obviously.

A locally-administered Mastodon instance is to the Fediverse what a neighborhood microgrid is to the backup potential of the grid as a whole.

A #Microgrid is an independent electric grid that can operate as a node independent of the central power grid. It allows for a steady power supply even when an outage on the main grid happens. Several types of energy can be used to "collaborate" on a microgrid's design (See "The Neighbors Theory" on QE) for energy and informational storage capacity ideas.

Some big IFs to keep in mind:

(1) Photovoltaic panels make use of (and therefore contribute to the mining of) rare earth materials; mined materials are not sustainable. Continents with a hefty or spreading desert / #desertification problem are evidence of this.

(2) Electricity generation from renewable sources can be intermittent and variable depending on many factors including time of day and weather. What kind of energy your grid should be powered on depends on how well you can predict climate change.

"Henry Laurens Dawes didn’t see himself as a bad man. Nor did the men in Massachusetts who voted the abolitionist attorney into Congress just before the Civil War in 1856, at the height of America’s westward expansion. As a Senator sitting on the Indian Affairs committee, he wanted good things for Native Americans to which he referred as “incompetent ward(s) of the Nation.”

Yet the General Allotment Act he introduced in 1887 that would break up tribal lands like a Hershey’s bar disproportionately in favor of white settlers set a devastating precedent for a number of social injustices still present today – including access to the internet.

These days, the role of the ‘well-meaning man’ is commonly played by Federal Communications Commission (FCC) Chairman Ajit Pai. The natural resource in his crosshairs is spectrum, the invisible radio waves in the air around us that can carry digital information from cell towers to your smartphone."

To reclaim #spectrum (essential for weather monitoring, for example), infrastructure for network-related things can also be localized DIY with #microgrid

A friendly reminder that any attempts to stop the public from their rights of assembly ... any attempt at all to stop people from gathering is in direct violation of the Constitution.

"Your rights. Your rights are strongest in what are known as “traditional public forums,” such as streets, sidewalks, and parks. You also likely have the right to speak out on other public property, like plazas in front of government buildings"[1]

Mesh networks dynamically self-organize and self-configure, which can reduce the need to use far-flung global resources.

Technical networking schemas are one way of illustrating how a mesh network can do "resource allocation" among various "compute resources"; and there are other less obvious ways (code / diagram / map) to illustrate how to keep information systems alive when adjusting to circumstances in an environment.

Dynamic distribution of "workloads", for example, particularly in the event a few nodes fail, happens more efficiently among healthy ecosystems. This remains true, even for small ecosystems. CS people like to use the term "nodes", though it doesn't quite capture the idea.

The states were on a much better path in 2014, when the leader of the free world talked about holding criminals accountable. Read the transcript of Obama's speech to Lakota and Dakota peoples ... it is such a contrast to who the Republikkkans elected to speak for them.

First Nations have been robbed of so many of their gathering places, but their voices can't be extinguished.

It is time to stop Ecological and economic genocide upon people of color. Tortoise Mountain and Turtle Island natives are the original Ecosteaders. Long before European and other settlers with delusions about government-subsidized development in "blocks" of colonizer cash infrastructure, Native Land Before Invasion was organic. And there never were opportunities or roles for any white dudes as a "Chief" Executive Officer. Get out of here and fix the problems plaguing Europe before trying to kill the indigenoUS Earth.