Tsunami warnings have also been issued for coastlines in the PNW:

Series of photos of a lynx getting a gopher snake is pretty rad:

During the first week of December 2021, prison staff purposefully destroyed the sacred sweat lodge at USP Victorville, also removing medicine bags and other materials from Indigenous prisoners. These actions are violations of religious rights of those held at USP Victorville. Furthermore, counselor Villanueva has withheld BP-8 forms from said prisoners, by not coming around the unit in order to prevent them from filing a formal complaint about these blatant religious rights violations.

Of all the things that are way too fragile to disrupt, disturb, let alone move?

Indigenous elders (the carbon bodies) in their homes and with their people should never be prompted to move. Speculative bodies seeking to exploit them for rare and valuable material in them or on their land ... should stay away.

It shortens lifespans to be PHYSICALLY moved! All disruptions are distressful to elders.

Elder 4-legged care is only slightly more difficult than 2-legged care*, which is why indie had to throw more logic at ... "Professionals" in linked networks with people she might have worked before with on large logic problems.

Indie does not believe in jetsetting! When you understand how badly the problem of jetfuels are affecting the surface-dwelling and flying and crawling beings on the planet, is best do avoid jetsetting, and those trying to coerce you into jetsetting as a job requirement.

Brain damage of the industrialists on the Euro/ Atlantic side became really bad; flying half-empty jets? On the Pacific side, wishfully-authoritative US military operations doing nothing but encapsulating explosive materials and flushing fuel into indigenous people's water!

Meanwhile Redditors who downvoted my Navajo friends to appease the oligarchs? America does not need another platform to amplify angry white dudes! Downvoters are getting SO EXCITED ABOUT AN IPO. Does the market really believe in reward for censoring people protesting Trump on Twitter 6+ years ago? Nope!
Colonialist cash dollars always gonna be worthless where the filters are the best.

Twoetters so good at showing loyalty to the Euro-centric imperialists because, apparently, BTC is last hope?

Such hypocrites perpetuating ongoing destruction of vital Earth systems! Lithium-dependent games of cruelty, and torture does not make hero.

[*] Indie never did any jetsetting to help teams she worked with at Intel. 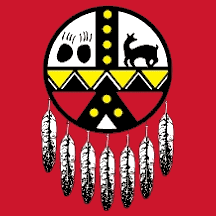 Old-school developers remember when Twitter shutting off the open-sourceness of its API early on cemented its being into the mold of cash-driven colonialism (~¨pay to play¨).

That it rapidly evolved into ugly, poisonous venom streams of product marketers, landlords and Realtors bickering 'bout who more entitled to be buying _what after generations of white politicians made PoC so poor?

Quite a lot u need to learn!

Fediverse honor badge being banned from

_long before the Drumpf.

How much can you really translate into Chinook Jargon? – The Kaltash Wawa
https://kaltashwawa.ca/2022/01/10/how-much-can-you-really-translate-into-chinook-jargon/

Made some more patterns and a new logo for indigenous peoples ONLY to meditate upon, copy, print, share, do group exploit against our oppressor.

Is free to delete your attention from fascist drama; you actually get paid in sanity health; get focus and attention back.

Authorship will accept tips in gitcoin (QR code here is because cryptocurrency seems to be having a bad day?)

Bonus #qmec documentation updates far more beautiful and functional than anything a colonialist dollar could buy.

Indie knows her enemies are full of poison, hate, rage and spite... the fact that money cannot buy what they want most...

Everything on the blockchain gets translated into colonialist cash (explains rapid inflation of the cryptocurrency in $USD and $CAD).

Dumbass Jack in the Block (a two-dimensional box!) not dude to be associated w/anyway. Ecosteader spaces has all better filters.

Colonialists trying to make more cash will stretch out the transaction over more nodes (bad for efficiency), trying to hide something or steal payment from intended source.

Are you aware of the indigenous elder who has been wrongfully imprisoned 45 years?

Leonard Peltier is both a hostage and a political prisoner since 1977.

In 1978, the hypocritical* government of the "United States of America" finally stopped making it "illegal" for native peoples to pray the way Creator taught them to pray[1].

However old or young you are, 44 years is likely a significant portion of time.

Take a minute or two, close your eyes, and imagine the 40+ years as he has probably experienced it:

No US president yet has given the indigenous elder the pardon he deserves. Unacceptable.

Time does not seem to make colonialists smarter... in my experience, is it just not possible to "give" logic to people who have none; failing to understand that It is not "primitive" or savage for native peoples defending their land.

AIM is organizing a walk for him this fall (poster details included).

In the meantime, it would be even better if the current US president (who served alongside the first black president!) would realize what needs to happen sooner rather than later.

* Endnote: White people had tried to use European laws and governance systems to stop indigenous methods of prayers since 1884.

(BONUS: Transcript from person making the right steps in decolonization):

"Nobody in the Wašíču MORMON RELIGION ever taught about suppression of indigenous prayer by the government! Presumably because they all wanna work for it?"

"Yeah, and make BIG MONEY and GREAT BENEFITS to buy more mansions, houses, and units to landlord over enslave renters with demands for CREDIT CHECKS and BACKGROUND CHECKS and INSURANCE scams and all the other colonist bullshit your COLONIST CASH SCAMS are putting more and more homeless people on the streets."

Colonizers always trying to block open thinking to the actual problem, which is the two-party colonialist systems competing for cash-making things on Turtle Island.

The debate is the distraction, forcing you to ignore the platform, which is the real problem. As long as people are funding and arguing red vs blue politics, their tongues are tied from discussing the real problem... the CEOs keep buying more mansion, and the invasions go on.

Invasions going on and on ever since loopy cursive-writing colonialists signed emancipation proclamations?

Whiteman CEO tricked indigneous people into trusting him by showing you pictures of other native people, knowing you will trust them over him .. but it is all a lie.

Let it sink in that the corporate body you trust your "facebook stories" and Instagram posts with is doing the same ...
ripping you off (yes, personally YOU!) to sell delusion and fantasy.

Today colonialist invaders do not have to work that hard (at all) to make sure "users" get and stay addicted, frustrated, angry, hopeless and arguing amongst themselves.

WHERE ARE THE INDIGENOUS LEADERS WHO CARE?

Suicide stats among men in First Nations included for example. 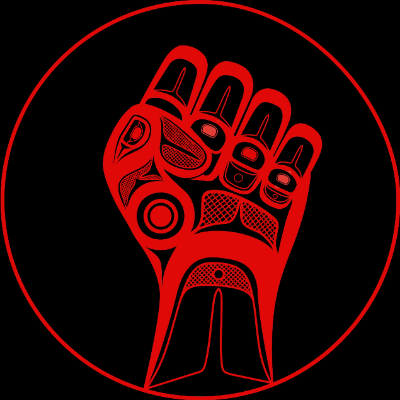 This is what that environment looks like, as of yesterday.

This photograph shows an environment that settler-colonialism has destroyed.

Got banned from Twitter for 'hateful conduct' because I cited anti-Asian hatred statistics and white people didn't like it. 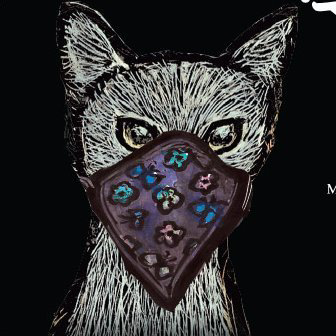 Chicago anti-fascist rebels are calling for accomplices to shut down the neo-Nazis in P*triot Front when they attend the "march for life" anti-abortion rally there on Saturday, January 8.

Find more info about the call and about the links between open white supremacist fascists and the anti-abortionists: https://patriotfrontmarchforlife.noblogs.org/

Oh, note / ref on the census is because apparently the subset of tribal members being targeted for eviction is ... a purportedly-missing colonialist census record?

P.S.A.: Physical presence of an aboriginal body is not implied consent to abide by foreign or colonialist time, numbering or counting of bodies.

72 years of RCT is previously-documented ( known) historical max on some... interesting and some not good things.

Be careful around friends susceptible to coercion in group settings. Is a ¨known¨ that Meta programming from the fascistbook is PERPETUATING group insanity for large groups of vulnerable populations.

Elders in Winnemucca are not the only ones being targeted for eviction recently.

Wrote earlier[2] about an area shared by Halkomelam and #Nooksack peoples on two sides of an artificial colonialist-imposed border. Area recently experienced flooding due to extremes in weather, and is home to many tribal members:

[1]¨The timing of the evictions, Galanda said, comes amid “historic circumstances” – during the Christmas and New Year's holidays, amid a surging COVID-19 pandemic, just months after historic flooding and days after record-breaking winter weather.

The family that had its eviction delayed because of weather has been on “pins and needles,” he said, expecting to be forced from their home by tribal police because they “did not and will not vacate.”

In recent days, Galanda said people, including a drum group, have gathered in solidarity at the homes of some of the families facing evictions.¨

Regarding ¨evictions¨ probably is important to remember that anywhere an eviction is based on something written or codified by Gregorian calendar is 100 percent wrong; all those colonist cops / other ¨uniformed¨ service men and women whose brains are forever broken on Meta programming from the fascistbook really need to stop clocking in for clocks that do not belong on Turtle Island.

This mustard looked a lot more impressive before I put mulch on them. They're doing really well and taste delicious!

Any recipes that use mustard greens?

Exponential Omicron spikes across two large portions of Turtle Island; surge in cases seems to be heavy in what the graphs describe as ¨United States¨ and ¨Canada¨ regions. Contrast with no significant surges (yet?) for Mexico southward.

Appears to be moving southward.

As the icecaps continue to bleed and cry as they defend against extremes delusions of companies valuing themselves so much larger than the lifespan of the entire Universe, prob. is wise and (more importantly) quite

LOGICAL to not rule out possibility that any supposedly ¨eradicated¨ pandemics, plagues, other deadly insects / viral materials trapped in permafrost and icecaps of the planet will emerge.

Noting this because when under attack is ESSENTIAL to understand as much as possible about vectors* of attack, especially for planetary-sensitive systems.