Another heartwarming story about the #Puffins of #Alaska and the strong spiritual canvas of a six-year-old.

"I had known how to get “out of my head” since I was six years old. As one of the last Unangan to experience a true traditional upbringing, I could walk the three miles from the village out to the bird cliffs even as a very young child. There, I could be amid the tens of thousands of migratory seabirds that came to the island to breed: thick-billed and common murres, red and black-legged kittiwakes, tufted and horned puffins, least auklets, crested auklets, pelagic cormorants, red-faced cormorants, fulmars, and seagulls. I noticed how thousands of birds darted diagonally, up and down, left to right, and right to left, flying at different speeds and in different directions simultaneously without ever even clipping another’s wing. In my six-year-old mind, I decided that the only difference between those birds and myself was that they existed in a vast field of awareness rather than an intellectual thought process, although I did not use such words at the time. I wanted to be like a bird, so, after months of effort, I developed the capacity to maintain this state of “awareness without thinking” for several hours at a time. That was when the magic happened: I could sense many things I’d never experienced before, and my world expanded enormously."

"Our successes have shown the industry we are an opponent to fear, as communities rise up to stop them. To put it bluntly, frackers hate us because they know we can win."

Long-term data shows fracking damages are worse than predicted: "We were concerned at the initial signs many years ago that fracking was unsafe. And over time, the science has shown that we were right:

FACT: Fracking is sucking up precious water resources.
FACT: Fracking causes earthquakes.
FACT: There is growing concern about a surge in rare childhood cancers in fracking-heavy regions.
FACT: Chemicals like benzene and methanol are often present in the injection fluids.
FACT: Despite the industry spin calling fracked gas a clean ‘bridge fuel,’ the methane leaking from every phase of the fracking process is driving us towards climate catastrophe."

Alliances in this fight: "We have stood with our allies in New York and across the nation to oppose fracking, and with people power on our side we’ve continued to stop the fracking industry’s progress.

The United Nations’ special panel on climate change has said that we must massively curb carbon emissions within ten years, or face more intense catastrophes. It is quite literally a race to either ban fracking everywhere, or for the frackers to sink their teeth deeper into the United States with new pipelines, wells and power plants."

Good news, right? But banning #fracking is not enough. LNG does not make sense anywhere alternative #Energy is available. In many cases, regions can produce their own #biofuel cheaper and more efficiently if they manage their #recycling, and #composting correctly.

_Unsettling Truths_ is a fantastic read so far; the others I've quoted here (or, as in the Bioneers' efforts to maximize sharing indigenous knowledge, quoted research that quotes other expert writing or language). 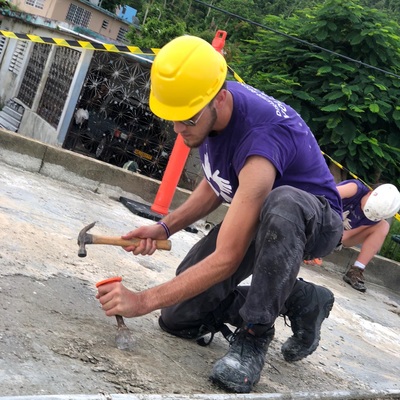 Interesting argument for the collectivization of farmland, rather than the current apply-head-to-brick approach of individual small farmers. Filled with interesting links too, one of them is to a twitter thread by Sarah Taber who points out that large plots of land come up for sale all the time, nothing is stopping us...

(*I have no intent to join a farming collective in the near or even distant future, but some might)

A new nanotech advancement involving a nontoxic and earth-abundant compound called "barium zirconium sulfide", or BaZrS3, is making it even easier to convert solar energy into usable electric grid infrastructure.

"BaZrS3 belongs to a category of materials known as chalcogenide perovskites, which are nontoxic, earth-abundant compounds.

Earlier story about the same thing:

Photos here of various Solar Demo houses that might do well in a desert climate like #Nevada.

Ask yourself: "where is QUALITY CONTROL FAILING?"

Thank _Kaizen_, our global perspective, that the failing states (and in some instances States' D, D-, and a big fat F for FAIL ) are not the case everywhere.

Of course the indisputably corrupt fail. This is why those make bad leaders.

Mathematics makes it easy to find the patterns; improvement only works in a world where its leaders are not afraid to LISTEN to those who've been there longer than they have.
__

Awesome news about Navajo nation getting 500+ MEGAWATTS of Transmission Lines

#sundiy #hydroponics update. The #bokchoy really shot up. The water was pretty low, so I mixed up a gallon of nutrient solution and put it in there.

BTW, the pharmacy has these syringes they'll give to you if you ask them. This one is 5ml or 1tsp.

I started adding the General Hydroponics FlorMicro nutrient together with the FloraGro solution a few weeks ago. 5ml/gal each. I seem to be getting much healthier looking leaves that way. 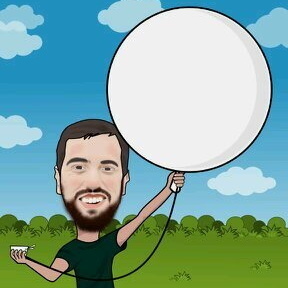 The increased extent of wetlands in Tropical Africa, especially in South Sudan, is linked to one third of the global #methane emission increase in the last decade. 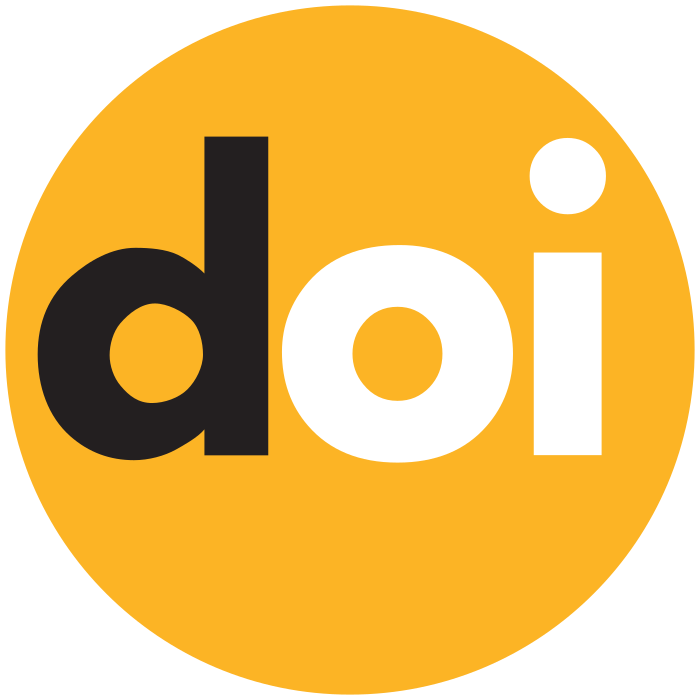 Florida's Republikkkan governor, Ron DeSantis, thinks that setting up a government office and throwing money at the ocean will stop the rising tides.

"2019 was the year the effects of climate change grabbed the attention of Republicans in state Legislature. A Senate committee recently approved a bill that will officially create an office of resiliency and a statewide sea-level rise task force — two efforts championed by Gov. Ron DeSantis. "

The party's incorrigible ignorance and unforgivable stupidity extends well into several states' legislatures as well; the #LCV Scorecards have all the records.

So @pelagikat is making Chrissy a new toy mouse, but Chrissy doesn't want to wait for her to finish making it!

"The weeds first arrived in Scotland, South Dakota, likely in seed form in a batch of flaxseed imported from Russia, Zocalo reports. Just 15 years later, the tumbleweed (also called the Russian thistle) had rolled its way to both Canada and California. Since then, stories abound of "tumbleweeds driving ranchers out of their homes through sheer abundance," Zocalo writes."

"Radioactive tumbleweeds ... suck strontium 90 and cesium 137 from the soil, die, break off at the root, and then spread that contamination across the desert."

"56 years and a week after Shot Fizeau, one quarter of the Strontium 90 that bomb created is yet with us. A quarter of Fizeau's radioactive cesium 137 is as well. 50 years since the Senate ratified the Partial Test Ban treaty, 21 years since the U.S. last tested a nuclear weapon underground, and the soil in central Nevada still sets off Geiger counters."

"Indigenous worldviews, on the other hand, are based on concepts we sometimes refer to as the four R’s: relationality, reciprocity, respect, and responsibility. In a world based on relationships, all life is seen in terms of kinship (we often refer to this paradigm as “kincentrism”). This is a non-hierarchical orientation to the world in which other life-forms are relations who have agency.

In a world of relationships, all beings are bound by reciprocity and responsibility based on respect. Since time immemorial, these principles ensured viable, diverse communities of humans and their nonhuman relations, and are what made Indigenous North American societies inherently sustainable."

From Florida through deserts and mountains to Alaska's once frozen wilderness, so much diversity in plants, Allies, tribes (Anthemideae) Tribes, etc.

Corelle® recommends using their pre-2005 dishes as “decorative pieces” due to concerns for high levels of lead.
https://tamararubin.com/2019/12/breaking-news-12-26-19-corelle-recommends-using-their-pre-2005-dishes-only-as-decorative-pieces-due-to-concerns-for-high-levels-of-lead/

Getting ready in Hawaii for more US attempts to crush us indigenous people, on Christmas.

While the deadline to clear the road is December 26th, we DO NOT believe that law enforcement will attempt to sweep kūpuna and kia'i on this day, but we must remain vigilant and prepared."

"Specific to Indigenous peoples, principle eleven claims that "environmental justice must recognize a special legal and natural relationship of Native Peoples to the U.S. government through treaties, agreements, compacts, and covenants affirming sovereignty and self determination."

This is why efforts to reverse the death spiral the human race is currently on must begin with a reorientation to the natural world and other human beings. It cannot generate solely from a different orientation to economics. Re-imagining societies based on sustainability demands that we think relationally and spatially.

I am talking about two different but intertwined concepts here. First, environmental justice for Indigenous peoples must proceed not from a framework of environmental racism, but from a history of colonialism which is maintained in an ongoing structural relationship of domination and paternalism between the US and tribal nations, to which the nations have never consented. This includes but is ultimately beyond racism because colonization begins with ideas of cultural and religious superiority (i.e. the doctrine of Christian discovery), not racial superiority."

TL;DR: The Deepwater Horizion oil disaster was manmade stupidity and #StandingRock as #Indigenous peoples' correct opposition of and right to remove that stupidity.

Why is this pollution tracker shutting down?

BOULDER, Colo. — The Native American Rights Fund (NARF) announced Friday that "the organization and their clients, the Rosebud Sioux Tribe and the Fort Belknap Indian Community (the Tribes) received some great news from a Montana court. The federal court denied the United States federal government’s and the TransCanada’s (TC Energy) efforts to dismiss the Tribes’ case against the KXL Pipeline.

NARF Staff Attorney Natalie Landreth praised the decision, “The court’s decision means that ALL of the tribes’ claims on the current permits will proceed. ... this is a complete win for the tribes. ... We look forward to holding the Trump Administration and TransCanada accountable to the Tribes and the applicable laws that must be followed.”

NARF Staff Attorney Matthew Campbell also reacted to the news, “Of course, the treaties were agreed to by the president of the United States and ratified by the Senate, so the treaties clearly apply. The court rightly found that today.”"

That is far more patience than I have for sewing; they are wow!