Co-author of _Cat Vector Calculus_, and admin of this Apache-friendly webserver for our digital Ecostead.

This project is offering free record expungement services for residents of Oregon arrested during BLM protests.

Decolonization and Resistance: A Conversation with Sakej Ward:

I know I'm mostly preaching to the choir here: but if you are against anti-fascists, you should do some self-reflection and figure out what it is that you stand *for*.

walking around chaz is just astonishing. people cooking for each other everywhere, collaborating on art. I saw a fistfight get de-escalated by a crowd in just a minute. But the most remarkable thing is just eavesdropping on conversations — hearing ideas that weren’t in the “Overton window” a few weeks ago discussed openly, freely, fearlessly

Howie Echo-Hawk (Indigeouns Comedian) at Capitol Hill Autonomous Zone on the whites:
Now for the next little bit though, because I have a message for whites. Many of you are whites. I am a funny person, so it may seem like what I'm saying is jokes but if you're white i don't want you to respond for a little bit. Practice silence. I know that people say "white silence is violence", but god i wish you would shut up.

You think its a joke, but its not a fucking joke. Shut your god damn mouth.

So I woke up today really fucking angry, and I am angry most days. I said I'm not a very hopeful person.

"This is the story of 2020 'Green Oscar' winner Yoki Hadiprakarsa and the bird (the helmeted hornbill) that he is striving to bring back from near extinction."

The Personification of Pisces   @AudreyJune@radical.town

“You can’t pour from an empty glass”has become cliché, but it’s also true.

Self-care is a necessary part of caring for our communities. You have to be able to show up to help others and you can’t show up if your needs are neglected.

Be kind to yourself. It matters.

⚗️ well you can call me   @raye@weirder.earth

Welcome to the Frontlines: Beyond Violence and Nonviolence

(translated from a Hong Kong protest pamphlet, this is an amazing document)

PDFs for reading or printing available.

Lotta grotesque men from history to demote. Maybe tag for all of these tyrants being: #toppled.

Edward Cornwallis' statue was torn down in 2018. Cornwallis, if you don't know (or only get your history from Wikipedia) was sadistic European who sought to trade colonist cash ($colonistcash) for proof of murder of people of the Mi'qmak[1]. His descendants were so ashamed, they tried to remake him as a hero. Lotta good people were never told the ugly truth about guys like him. His lease expired long time ago...

Edward Cornwallis and Edward Colston (the slave trader whose hideousness was toppled in Bristol) are the same kind of bad guy.

White folk need to wake up to the "false narrative of written American history" being brainwashed into schoolkids. Y The confederate flag does not belong anywhere on native soil. Governments "of the people, by the people, and for the people" don't have to put up with anything they don't want in their community!

Twenty seven US cities[2] and Prague and Belgium[3] have the living people taking charge.

At this point, I no longer feel it is merely morally permissible to violate copyright, but rather one’s *moral duty* to subvert the vast majority of copyright. “Intellectual property” is a thoroughly disgusting Orwellianism.

We have entered a period where a samizdat underground is necessary to sustain the basic facets of civilization. And public education is a central pillar of the commonweal.

A great question is: why would a government turn violent against its people?

"Leaders possess their power only because their constituents have empowered them to direct the group’s collective action since all individual power emerges from collective support. When people begin to peaceably withdraw their support and refuse to obey, a government may turn to violence, but its control lasts only as long as the army or police choose to obey as well."

This hate mail is probably resultant from the $colonistcash I had to pay craigslist in order to post the plumbing job we're hiring for.

How could somebody hate plants so much? Is this like a 12 year old with access to a computer for the first time learning how the Internet works, or whatcha think?

Oooh, it is a fragile, angry white dude:

Today let's remember an international hero, a humanatarian worker who was murdered in a senseless act of terrorism. See thread for story about Dr. Tetsu Nakamura...

The #ICC or the International Criminal Court, as its name implies, is an International body that investigates and prosecutes perpetrators of crimes like the one against Dr. Nakamura and everyone around him.

Anybody who thinks that the US of A has even one iota of jurisdiction in excusing itself from its crimes is an idiot. DJT's signature means literally nothing in the international sphere. While the US of A disables itself with bigger weapons and stupider oafs, the rest of the world is getting leaner and faster and so so so far ahead.

The other day I got talked into watching _Welcome to Leith_, a documentary about white nationalists who took over (wanted to co-opt the government of) a city in North Dakota. Totally crazy people.

One of the dudes paling around with Cobb was insisting his white supremacy ways are better and was apparently scared of "too much multiculturalism".

Dude called himself a chef, too!

Never trust a chef that disses on multiculturalism. 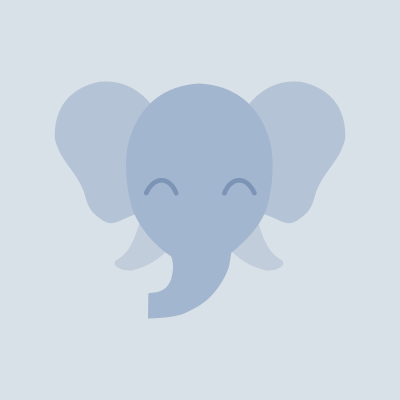 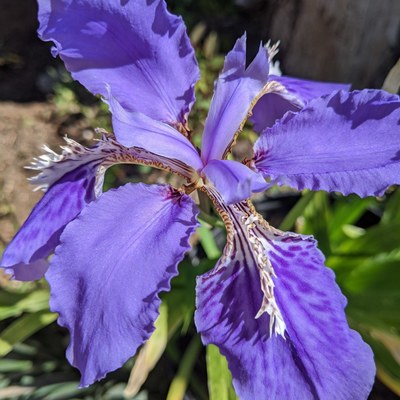 Makȟáša Nursery & Workshop is currently focused on providing material support to the local Black community, with whom we have always coordinated our struggle for liberation and independence from the police and all those who would live through domination.

All foodstuff produced by the nursery is being immediately brought to local protesters or those who are supporting them, we are serving as a donation drop-off point, and we have set up space in the garden to provide a space for community leaders to discuss, organize, and share their love for each other.

If you are interested in supporting our efforts, it is appreciated, but please redirect your attention to local inequities and provide your support to decolonizing your region. 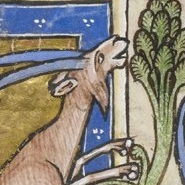 Co-author of _Cat Vector Calculus_, and admin of this Apache-friendly webserver for our digital Ecostead.